Hockey is not just Canada’s sport, it’s everyones sport. Our pilot results from the Hockey Fans In Training program showed that the program can engage men in healthy lifestyle changes through the power of sport and now it’s time to expand the program. In August 2017, our Fans In Training Head Coach, Ash De Cruz travelled to Edinburgh, Scotland to meet with the Edinburgh Capitals Elite Ice Hockey League (EIHL) team. The EIHL is the top level of hockey in the U.K. and consists of 12 teams from England, Wales, Scotland, and Northern Ireland.

Ash who was born and raised in the U.K. was excited to work so close to home! On arrival, he was greeted by the team owner/ General Manager (GM), Scott Neil at the Murrayfield Ice Rink. The rink is located next door to the iconic Murrayfield Football Stadium just on the outskirts of the Edinburgh city centre. Ash was given a tour of the arena and then met with three of their players who were all gearing up for their first season as a Capital. The three players (all Canadian) went to the team boardroom where Ash led a workshop of the Fans In Training program to give the players an idea of the history of FIT, the program content, and what it takes to be a successful coach when delivering the Fans In Training program to fans of the Edinburgh Capitals.

After completing the workshop, Ash met with the GM one-on-one going over logistics for the program, details like when the program will begin and be implemented. The pair worked collaboratively together and are looking forward to starting with the Edinburgh Capitals Fans In Training program in early 2018. Stay tuned for more about the program and where we’re going next!

Let us know if you’re interested in participating in the Fans In Training Program and what your favourite team is. 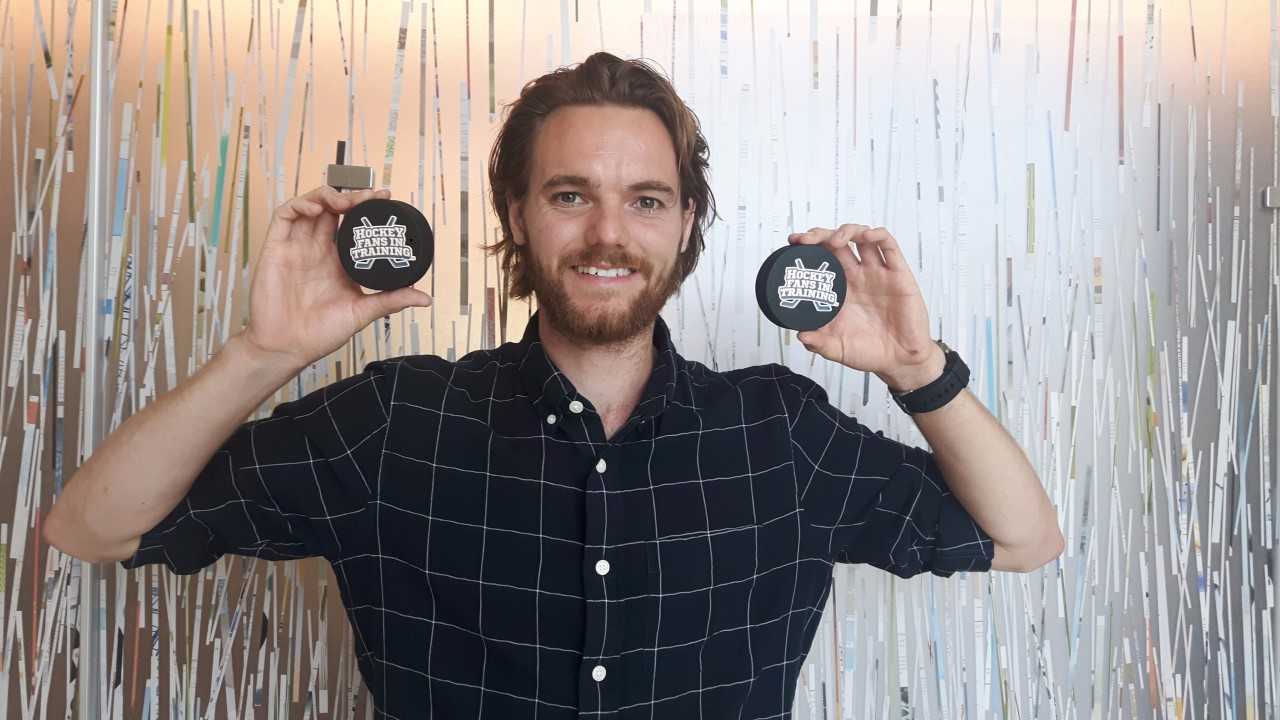